None of us who live in 2020 were alive when the first Civil War was fought. We know about it because of the battlefields which dot the landscape from Gettysburg in the North to Vicksburg in the South. For four long years (1861–1865) the nation engaged itself in a bitter conflict that took approximately 600,000 American lives. The wounds of that war healed over, but the scars have remained for generations.

Now we are at another crossroad which will decide the course of our nation’s future for the generations coming. The enemy has slipped in among us and in clandestine fashion taken up positions of authority.

They are, by and large, anti-God and anti-Christian. They hate the Bible, the Constitution and the Declaration of Independence. They are pro-abortion and antifamily. They are globalists rather than national patriots. They reject authority in an attempt to tear down the country so that they can become the authority.

Many of them have gotten elected to high office or been appointed to judgeships and other influential posts.

The public schools have also become a part of this upheaval. Instead of the basic, classic education that once was the norm, now liberal-engineered versions of social justice soak up the school days.

For years these enemy forces worked behind the scenes. Today they are out in the open, clamoring for attention, demanding their way and threatening us all.

At the same time a lot of our churches have sold out the cause of Christ and given up their place of influence. Some of them are so corrupt, so far gone, that they will never come back. Lots of others have just been lulled to sleep and need to be awakened.

Folks, it matters who gets elected. Whether it is your church, your school, your business, your state, your county, your city or the United States of America—the leadership does matter. We cannot legitimately blame the Lord if we get bad leaders. Remember the Lord’s indictment of ancient Israel:

“They have set up kings, but not by me: they have made princes,

The fact is that the leaders we get are entirely up to us because we are the ones marking the ballots. November 3, 2020, is a day of major concern and of major consequence for the present and the future of our nation.

So are we going to have another civil war in the months ahead? I don’t know for sure, but I do believe the country has enough of these revolutionary, socialist types that they could try it.

Now these are my thoughts, my burden and my concerns for our beloved nation.

Let’s get out and vote on November 3!

Let’s have church when Sunday comes!

Let’s keep going after people to win them to the Lord!

Let’s take a stand on the issues! Let’s use our influence!

Let’s be unintimidated, relentless and strong!

One more thing! You may remember this from Scripture:

“The children of Ephraim, being armed, and carrying bows,

What an indictment! They had everything they needed except the will, the courage, to do what was needed. We must not lose our nation and our society by default.

Cowardice never wins. Fainting always fails. If there will be victory, some of us must have courage, be fearless and give ourselves to the cause.

Let’s be a part of the team that represents the Lord, stays true and stands tall.

Our nation needs us right now.

Let’s get up, get going and do what we should do every single day.

When the Alarm Goes Off, It’s Time to Wake Up 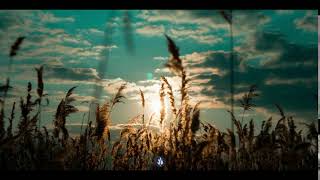 Somebody's Got to Start ...

The Truth and Its Consequences

“Just the Facts” or Fake News

LOVE IS THE DIFFERENCE